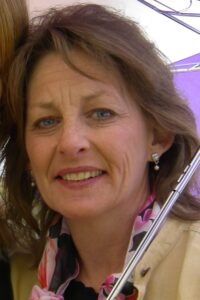 We were saddened recently to learn that Judith Hosafros had passed away on Christmas Day.

Judith enjoyed a 40-year career with the Wyoming Fish & Game Dept., where she was a publications specialist and associate editor of Wyoming Wildlife Magazine. She shared her talents with ACI, where she was one of our most active members. She served as Secretary in 2011-12 and participated in several committees, most notably the Awards Committee.

In recognition of her many contributions, Judith received the Spirit of ACI Award in 2010 and was awarded an Honorary Lifetime Membership in 2015.

Outside of work and ACI, Judith enjoyed the outdoors, including hiking, backpacking and camping. She became an accomplished telemark skier and was a canoeist with much experience canoe tripping in eastern Canada.

Judith was a loving mother and a warm, vibrant person with a zest for life, who held on to it tenaciously until the very end.

In her honor, ACI will donate $100 to the Wyoming Game and Fish Department’s Youth Conservation Camp, where Judith was an active volunteer.

We miss you, dear friend.