By Lance Cherry, Council to Advance Hunting and the Shooting Sports 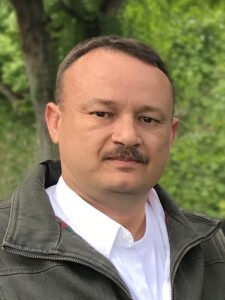 Last week I packed up my bags and boarded a flight to North Carolina. It was the first flight for me since the pandemic emerged and public health orders grounded us. It was also the first visit to North Carolina for this western-stater and got me thinking about some of the great firsts.

Still, none of these can compare to the first that is on ACI’s horizon. Okay, it’s not really a first, but the first following an unreasonably long stretch of closures, cancellations and disappointments.

In just nine days, ACI members hit the streets of Nashville, to gather face-to-face once again for the Annual ACI Conference. It will be a thrill to see our colleagues, learn new things and honor the great work of conservation communicators across the country.

The country roads are calling us home for this historic return to our roots, and I look forward to the creative recharge only ACI can deliver.

For those who unable to attend, know you are not forgotten, and we look forward to your return at future events.

For those attending, now is the time to recapture the spirit of our great organization. It’s time to put ACI’s history back on track and once again establish the pillars that make this organization special.

I wish you all safe travels and as we eat, drink, and celebrate everything in Nashville!