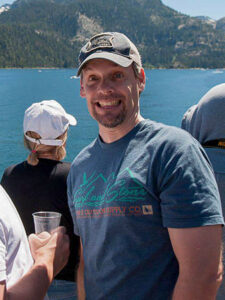 At the conclusion of the Awards Livestream, President Jenifer Wisniewski announced her choice for this year’s recipient of the Spirit of ACI Award. To (probably) no one’s surprise, the award for 2020 goes to Aaron Meier of the Nevada Dept. of Wildlife.

In announcing her selection, Jenifer cited several of Aaron’s many accomplishments. Most notable, perhaps, was how in 2016, when another state had to drop out as host, Aaron coordinated an outstanding conference in Lake Tahoe with only eight months’ notice.

She also pointed out Aaron’s terrific sense of humor (as evidenced by the lack of serious photos to use here), years of service as a Board member, Awards Committee member – including category chair, committee co-chair and for the next cycle, chair.

Congratulations, Aaron, on this well-deserved honor.