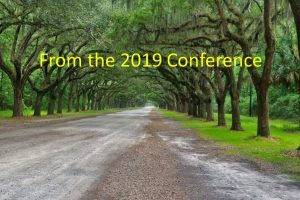 Chronic wasting disease (CWD) is an always-fatal nervous system disease found in cervids (deer, moose, elk) in 25 states as of August 2019. There is no cure. It can be transmitted through direct animal-to-animal contact, contact with saliva, feces, parts of an infected animal carcass. It can even spread through soil that has been contaminated with any of these.

This disease – with its growing nationwide presence in cervid species and in the media at this time – has created a crisis for conservation communicators. The issue is complex, currently the outlook is not positive, and there are bad actors and internet trolls spreading lies and conspiracy theories that are counterproductive to addressing the issue.

#KnowCWD
Last year the Quality Deer Management Association’s (QDMA) communications team, led by Lindsay Thomas Jr., launched a CWD information campaign based on lessons learned from psychological research. The key takeaways from this research tell us that the best ways to defeat myths and misinformation are the following:

Using this information, the QDMA communications team launched the #KnowCWD campaign in April 2018. The campaign broke down CWD information into numerous digestible facts intended to replace specific myths. These facts were disseminated on the QDMA social media channels, blog site, website and e-newsletter, earning them over a million impressions.

#FightCWD
While the campaign was successful in getting factual information to a wide audience, it became apparent that simply presenting information doesn’t always produce the desired outcomes. During the course of the information campaign, Mr. Thomas encountered a study on the Nieman Journalism Lab website titled “How media coverage of epidemics helps raise anxiety and reduce trust.” The key findings from this study show two crucial communication steps to take during a crisis:

Using this information, QDMA designed and implemented the #FightCWD campaign. This campaign, created with the help of biologists and CWD experts, consisted of action items for those already affected by CWD as well as those not yet affected.

The items were turned into individual social media posts, supported by additional blog posts. The overall “hope” of the message is that hunters can buy time for disease researchers by minimizing the spread of CWD through specific actions.

This campaign earned an additional million impressions and continues today as efforts ramp up for the approaching deer-hunting season.

A note about those internet trolls
We all know the typical responses our CWD information will attract: internet trolls and conspiracy theories. Do not get distracted and drawn in by this bait. Do not engage these people. Reply and engage only with legitimate questions asked in good faith. Remember that MORE people saw and digested your information without comment. Remember your goal and simply keep transmitting. Move on to your next post. Focus on transmitting as much of your factual information as you can.

Choose imagery wisely
A basic fact that needs to be kept in mind is that most deer with CWD do NOT look sick! Many people believe that a CWD deer looks skeletal and dazed. The fact is, CWD has a long incubation period (usually around 18 months), and most infected animals show no visible symptoms until the last few months of the disease’s cycle. The majority of infected animals are virtually impossible to distinguish from healthy, non-infected animals. Using imagery of the “bony, dying whitetail” contributes greatly to this confusion. It is advised to not use such photos when communicating about this disease.

Build your own campaign
Each state agency can have its own CWD campaign based on its unique situation and priorities, however it is advised they follow these same guidelines:

Resources
Mr. Thomas invites everyone to use any of the items from the following resources in your state’s campaign: